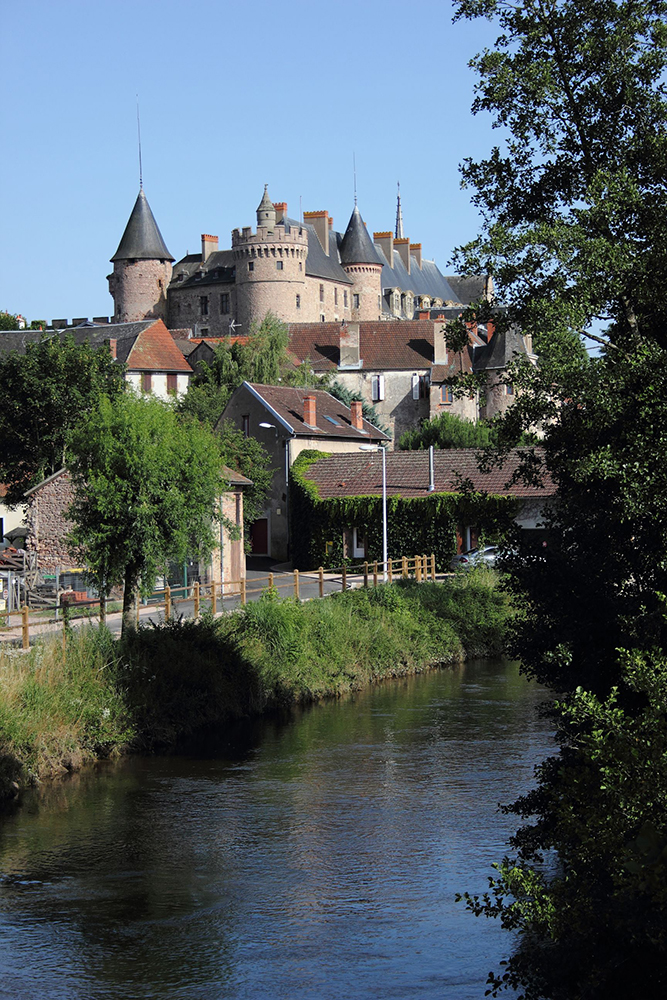 The Besbre river stretches along 98 kilometres to the East of the Bourbonnais area.

It starts off in the massif du Montoncel (highest point in the Allier département) and flows into the Loire in the commune of Diou. There are two distinctive parts in the course of the Besbre.

From its source in Lapalisse, that is the first half of its course, there is the Haute Besbre which goes from an altitude of 1,200 m to 300 m. This is where the Besbre crosses different primary soils and goes through very often scarped gorges.

From Lapalisse to its confluence with the Loire, its middle course now runs over tertiary and quaternary sedimentary soil and gradually spreads out to a widening valley.

The Besbre goes through the heart of the town, prompting walks, relaxing moments and fishing. It is very popular among fishermen where they are bound to find many species of fish including trout and grayling. (A fishing school is open every Saturday afternoon from June to September at the Acacia lake)

With a gazebo in the middle and paths leading off it, the (3ha) park boasts a French-style and an English-style garden. It has over 95 different species and a collection of the emblematic flower of Lapalisse, the peony. It also has a great discovery trail of remarkable trees. 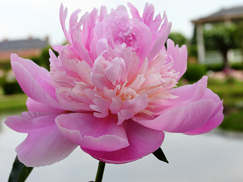 The Lapalisse-based Doriat establishment was founded in the early 20th century and always specialised in peonies.

In addition to their own creations, Doriat bought two major French collections (that of Félix Crousse from Nancy in 1905 and Dessert et Méchin from Chenonceaux, in 1922).

Edouard Doriat (1875-1953, an engineer who graduated from the higher school of horticulture in Versailles, created thriving nurseries that ended up housing 80,000 to 100,000 peonies of 600 different species. He has a street in Lapalisse named after him.

His son, Charles, continued his work up until 1967 when he sold his collections to the horticultural company Marionnet, based in Soignes, Sologne.

There is a circuit designed to show off the historical part of the town its old narrow streets, the old timber-framed house at the corner of rue du Commerce and rue Notre-Dame, the old Hostellerie of Puits de l'Image and its square, the old hospital of Lapalisse, the salle de la Grenette (hall), the place du Champ de Foire and the esplanade Maréchal de la Palice (housing the old mill), etc.