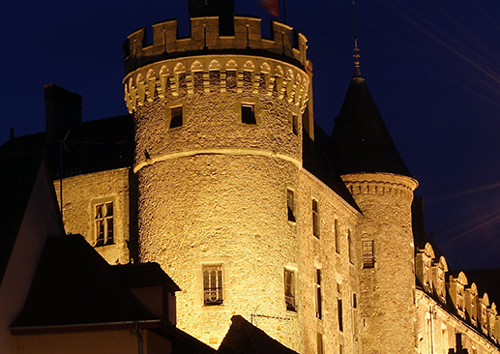 Surrounded by an outstanding garden, this feudal residence of the famous Marshal of France, Jacques II de Chabannes La Palice has undergone many changes over the centuries. The same family has lived in this castle since 1430. It has magnificent panelled ceilings and is furnished throughout.

The historical part spreads out from the foot of the castle with the place du Puits de l'Image, a wonderful timber-framed house and the Tourist Board.

The castle is also host to a one-of-a-kind collection dedicated to flags of different nations.